April has been a weird month. Obviously, we’ve been on lockdown so the whole world’s weird right now. I’ve been poorly for the first few weeks of lockdown with a cough then a cold that took ages to shift. Because of this, I wasn’t allowed in work initially, but since then I’ve been in one day a week. I’ve had more time to sew but I’ve not done anywhere near as much sewing as I could have. I just haven’t fancied it. I have bought a ton of fabric though which I think I’ll share in a future blog. I seriously think I’ve single handedly kept several shops going!

Despite my lack of sew-jo for a lot of April, I still did surprisingly well. I completed 4 makes and a pattern test (which I can’t talk about yet). I think it helped that I was on a sewing roll at the start of April and luckily, my desire to sew returned at the end of the month.

My first completed make was the Safiya trousers from Tilly’s new book Make It Simple. I’m sure you’ve heard/seen/bought/made all about it! I made the Safiya trousers in a striped viscose twill from Lamazi Fabrics. These are lovely, lightweight, easy to wear trousers, perfect for spring/summer. I’m really pleased with these, my only issue is I think I need to take another couple of cm off the waist elastic, but otherwise, a great make. 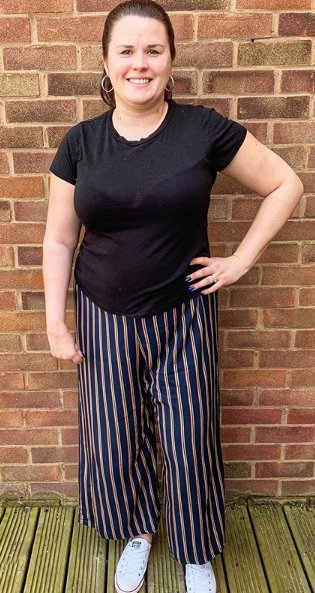 I originally planned to make the Juno pj set from Make It simple. I chose a lovely navy tiger print jersey from Sew Me Sunshine but when it arrived, it was a French terry so was thicker than I initially imagined. I still made the Juno top but then decided to make the Stella joggers from Tilly’s second book Stretch instead of the Juno bottoms. I was inspired by Liz who’s The Baker that Sews on YouTube and Instagram. She made a matching pair with the Tabitha Tee and Stella joggers. The Stella set (particularly the joggers) was on my 2019 make nine so I’m pleased to finally cross that one off! 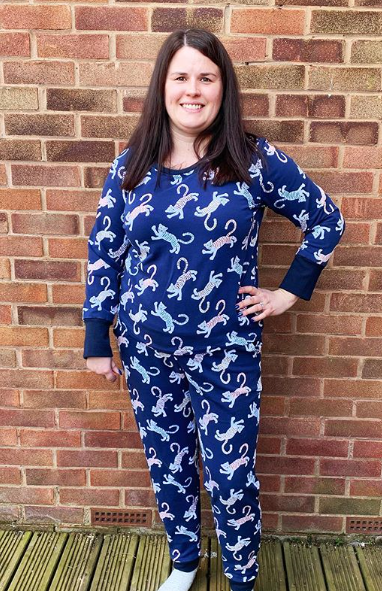 I’m so pleased to have finally made a Wilder Gown by Friday Pattern Company. As you may know, this and the Pona jacket were the only two specific patterns I put on this years Make Nine, so I’m pleased to have completed them. I used a gorgeous red and white floral print on a navy base viscose and I think it looks really good. I made a couple of adaptations from the pattern which I’ll talk about when I get around to blogging it but it was a really nice make and surprisingly easy. 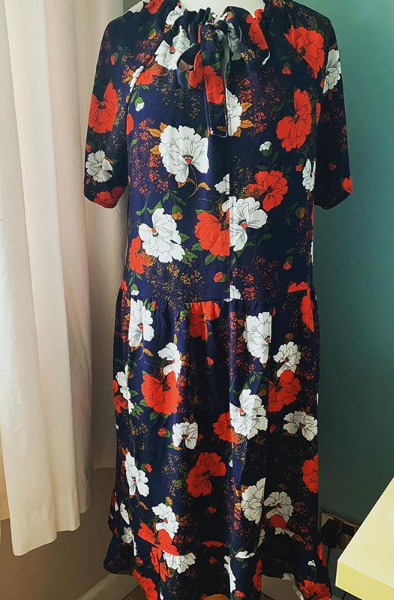 I think I managed to make everything I planned in April so yay me!

May’s theme for #sewmuchbetter is shirts. This is something that I’m excited to tackle and think will expand my sewing skills. There are so many lovely shirt patterns around but I’ve decided to try the Olya Shirt by Paper Theory patterns. I love the unusual construction and oversize-ness. Also, Emily at Self Assembly Required made a gorgeous version that I can’t get out of my head. I’m going to totally copy it and have a couple of cotton dobby fabrics I’m deciding between. 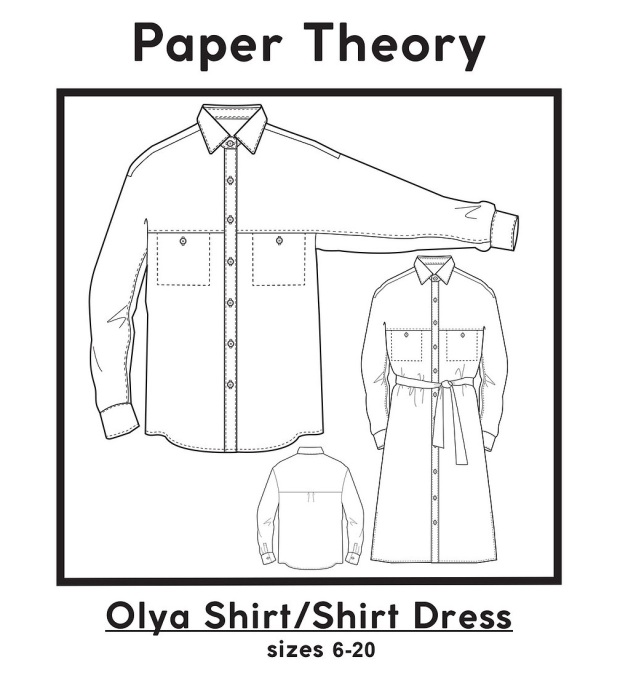 Tabitha Tshirt by Tilly and the Buttons

I have recently bought the most beautiful jersey fabric from Material Girl Laura and I am just dying to make a tshirt with it. I need a couple of new tshirts, especially as it’s Me Made May next month as well. I’m giving this a try as it’s a bit fitted but not overly fitted. I may make the dress version instead if I can be bothered to draw the skirt piece and if I have enough fabric. I have 1.5m so hopefully I can squeeze it out of that. 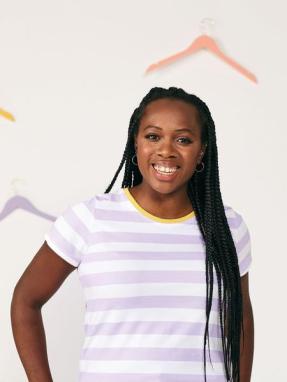 I planned to make these in March but didn’t. I still want to make them as they will be great loungewear. I’ve cut them out so it’s just a case of sewing them up. I’m still going to be using grey French terry for a super comfy pair. 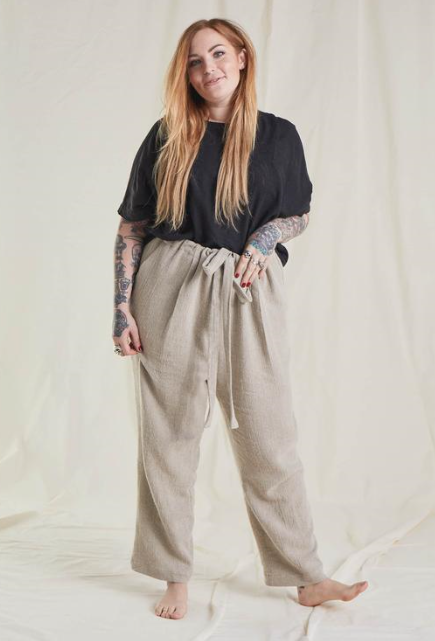 Those are all my definite plans at the moment but as usual, these could change!