I’m back with my monthly sewing plans! I’ve had such a great Christmas holiday and I’ve really enjoyed spending time planning and creating! So much so that I’m itching to whip up lots of new tops, dresses, skirts & trousers! I’ve got so many ideas for things I want to make and have spent quite a bit of money buying new patterns and all the fabric! In fact, I’ve got more ideas, patterns & fabrics than I have time to sew!

I’ve been a bit ambitious with January’s plans. This is for several reasons: 1) There is so much I want to make! 2) I’ve managed to make a couple of bits already, 3) I’ve got several projects ready to go! 4) I’m determined to spend more time doing things I enjoy (rather than work) this year, which includes sewing! Here are my plans for January…

This in on my Make Nine list and I’ve wanted to make one for a while now. I like version 1 with the funnel neck. I’ve bought a quilted ponte roma to make a wearable toile and if that goes well, I’m planning on buying some more expensive sweatshirt fabric to make several!

Another Make Nine make! This is another pattern I’ve had on my radar for a while and would be a great basic. I’ve got a striped rib knit to make this from. Again, I’m hoping it turns out well so I can make a collection of them. 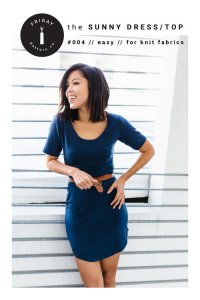 This is the January make from the 2018 Sew My Style challenge. It’s a basic Tshirt dress and I have a plain black viscose knit fabric. Pretty boring but I fancied a basic dress that I can wear everyday.

Sew Over It – Heather Dress

This is a kind of spur of the moment dress. I saw some black and white leopard ponte and thought I’d like a dress out of that. I was originally thinking the Molly dress but have decided to make a colour blocked Heather dress instead. I’m excited about this one! 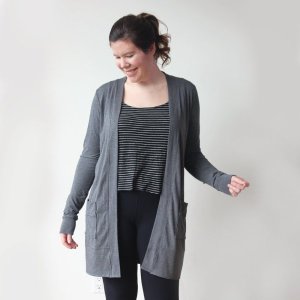 The Blackwood cardigan is super popular and I’ve seen lots of fabulous ones on Instagram. I’m getting cardi envy! I’ve had this pattern and fabric for a few months so feel that January is the month that it will happen! I’m using a grey marl fine knit for it.

Let’s see how successful I am at the end of the month! Maybe I’ve been over ambitious!