So I’ve made 2 cushion covers and a neck tie… My next adventure was one that had a purpose. Not that my previous makes didn’t, it’s just that I didn’t really need a cushion cover or a neck tie. They were more for practise.

I decided I needed a new make up bag. My old one was small and couldn’t fit all my essentials in. Do I wear too much makeup? I don’t think so! Anyway I set off using Pinterest and sewing blogs to try and find a free make up bag.

I eventually found one I liked from So Sew Easy and there was a Youtube video to show me how to make it. Perfect for a visual learner like me! It was big enough to store all my foundations, brushes, eyeshadows, lip glosses etc! 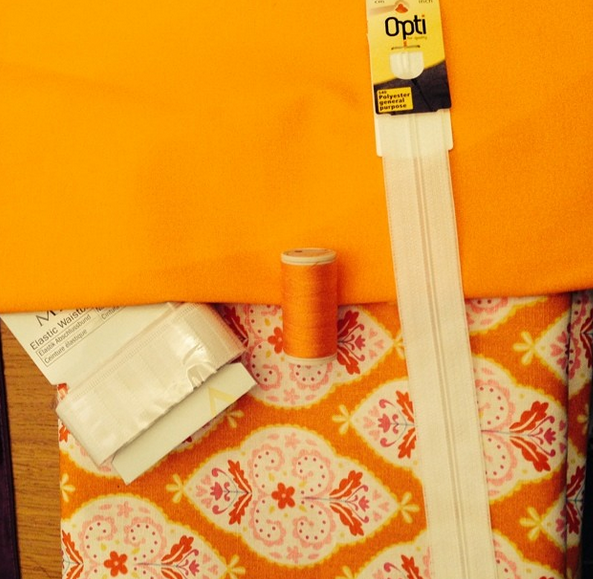 Some supplies for my first make up bag – ignore the elastic!

Pieces cut out for one of the bags

I’m a bit impatient so I used cotton fabric rather than a coated one like in the video as that’s all I had available. I also didn’t pad mine so it is a bit floppy but it still worked fine.

My first completed make up bag

As I previously mentioned, I’ve made this a few times now, even giving some as gifts and it’s quite simple to make. This was my first time EVER sewing a zip into anything so that was slightly nervewracking. Luckily, it turned out ok!

Zip inserted in one of the bags

Another good thing about this is it’s cheap as I’ve always made it out of scraps I had from other projects or with free fat quarters from magazines. All I had to buy was a zip which were about 80p each from my local haberdashery. Bargain!

My first bag has a few imperfections such as the seams not matching between the bottom and side pieces, slightly uneven amounts of zip tape on either side but after making this three or four times now, my last bag was pretty much perfect! I just need to make sure I turn the top corners out to a point!

2 thoughts on “Making make up bags”